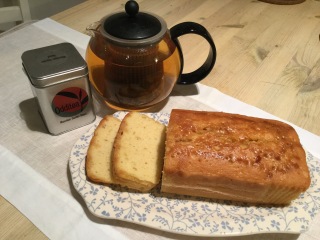 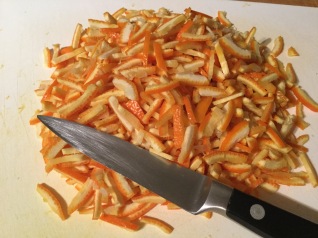 The Seville orange season is short, so in January or February when they make their brief appearance in our shops, I buy some to make marmalade and a couple of family favourite puddings.

However, like many, I don’t usually eat toast in the mornings so jars of marmalade accumulate! This year, I decided to try using marmalade in other recipes to see whether they would taste good.

First, I made a bread and butter pudding by spreading marmalade on panettone that was left over from Christmas, and baking with a mixture of eggs and cream. It was so delicious that it was eaten before I could photograph it! I made a second and the same thing happened. The fruit in the panettone meant I didn’t add any extra but I chopped the strips of orange peel in the marmalade into small pieces before adding them to the pudding.